Aptly titled “Epic Spirit – Inventions” the Vancouver Island Symphony’s powerful season finale on Saturday, April 22 at 7:30 p.m. at the Port Theatre in Nanaimo, opens with the monumental Symphony No. 5 by Beethoven - with its haunting and familiar notes of ‘fate knocking at the door’. Then comes an original, electrifying, new experience – Inventions – 14 movements in the Epic Music Style, with a sensational state-of-the-art audio-visual production, saluting inventions and inventors and their impact upon the course of life on this planet – from the wheel to the space shuttle. 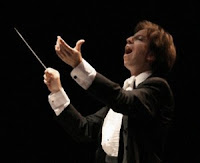 World Premiere: Says a passionate Pierre Simard (conductor, composer and artistic director), “This is not only the premier of a composition, but, in Canada, of a whole-show concept!”


Movie Music: “I found software which has brought me to the world of music for video games, TV and cinema – music I am very interested in. I discovered recordings of live instruments and libraries with very high level samples. This has driven my composing and creative process in new, unexpected and exciting ways!”


The Epic Music Style: “Movie composers like Hans Zimmer (Gladiator, Pirates of the Caribbean, Lion King, Driving Miss Daisy, The Dark Knight etc.), Michael Giacchino (Up, Lost, Rogue One) and Alexandre Desplat (Grand Budapest Hotel, The Queen) have built a bridge between traditional orchestra and electronic sound. Many new movie and Hollywood- blockbuster musical scores and trailers are in this style.”


Adds Simard, “For the first time, we will fuse the VIS orchestra, VIS Symphonic and Children’s choirs (director Patricia Plumley) and soloist on stage with electronic tracks that I will control from the podium. Not only am I composing original charts for the musicians and choirs but creating computer generated music that will fill the theatre. Onscreen will be original movies incorporating traditional film, computer generated motion graphics and stock footage.”


Facing Future: “How can we be the keepers of the flame?” asks Simard. “We must keep an eye to the past, but also be super current. This is a show about hope, for we are too bright a species to stop here. We are constantly bettering ourselves through new inventions. I am convinced the audience will remember this as an experience - like never before.”


Tickets for this performance are available at: 250-754-8550. Pre-concert talk at 6:30 p.m.
For more information visit: www.vancouverislandsymphony.com

Posted by Rosemary Phillips at 10:21 AM