Serenades for Spring with the Vancouver Island Symphony 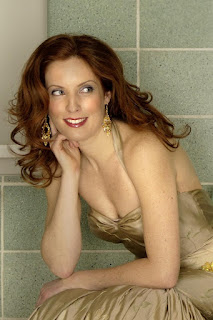 
Welcoming spring
Spring – new life, anticipation, hope, brilliance, excitement! Take the sensational strings of the Vancouver Island Symphony, the rapturous voice of international soprano Nadya Blanchette and the exhilarating energy of the Abbotsford Youth Orchestra (AYO) and you have Serenades for Spring on Saturday, March 16 at 7:30 p.m. in the Port Theatre, Nanaimo.

Sensational strings
This is a program filled with timeless treasures by classical masters, and highlighting two of the most popular moving and reflective pieces ever created; Barber’s emotionally fueled Adagio for Strings and Rachmaninov’s soaring Vocalise. Also featured is the world premiere of Nouvelles Illuminations, a recent composition by the VI Symphony’s artistic director, Pierre Simard.


The evening begins as the VIS string section is joined by the youthful AYO to perform Bartók’s hauntingly lyrical Romanian Folk Dances; then, as guest soloists, the AYO (here conducted by Calvin Dyck) follows with the lively Texas Swing. Simard returns to the podium to conduct Blanchette and the VIS Strings for Nouvelles Illuminations, the Adagio for Strings and Vocalise. The concert is brought to a memorable finale with Tchaikovsky’s beautiful Serenade for Strings.


Rapturous voice
It will be history in the making when Blanchette sings Nouvelles Illuminations, composed by her husband and dedicated to her with love. Says Simard, “As a composer living with a soprano, the best thing I can possibly do is write new music for the one I love. Seven years ago I embarked upon what would prove to be my biggest composing challenge so far; writing a companion piece to Benjamin Britten’s Les Illuminations; it begins where Britten’s music stops. The soprano voice leads the strings on a voyage of extreme emotions, colour, textures and rhythms.”


Adds Blanchette, “It is a great privilege to sing with the VIS. This beautiful text is out of the ordinary, very symbolic and very colourful. I have seen the score – it is sublime!”


Blanchette returns to the stage in the second half of the concert for the melodious Vocalise.  “It is without words as the voice becomes the true instrument, like a cello,” explains Blanchette. “It is in the language of music which carries emotion beyond words.”


Energizing youth
With spring comes hope for the future. When VIS Concertmaster Calvin Dyck was planning a Spring Break holiday on Vancouver Island for his student orchestra he thought; “Why not ask Pierre and see if we can be included in a VIS concert.” And so it will be, as these exceptionally talented teenagers (tomorrow’s professionals) bring along their youthful exuberance, energy and musicianship as guests, then join the audience to sit back and enjoy the rest of this inspiring spring concert as part of their Island adventure.

Posted by Rosemary Phillips at 12:24 PM